For more detailed information on any of the Pickleball Tournaments, please contact:

Come join us on Saturday, July 9th at the Upper Moorman Pickleball courts from 1-3 PM, for our first ever Pickleball Festival. We will have pickleball experts on hand to teach the rules of the game and prizes will handed out at the end. All ages and ability levels are welcome. 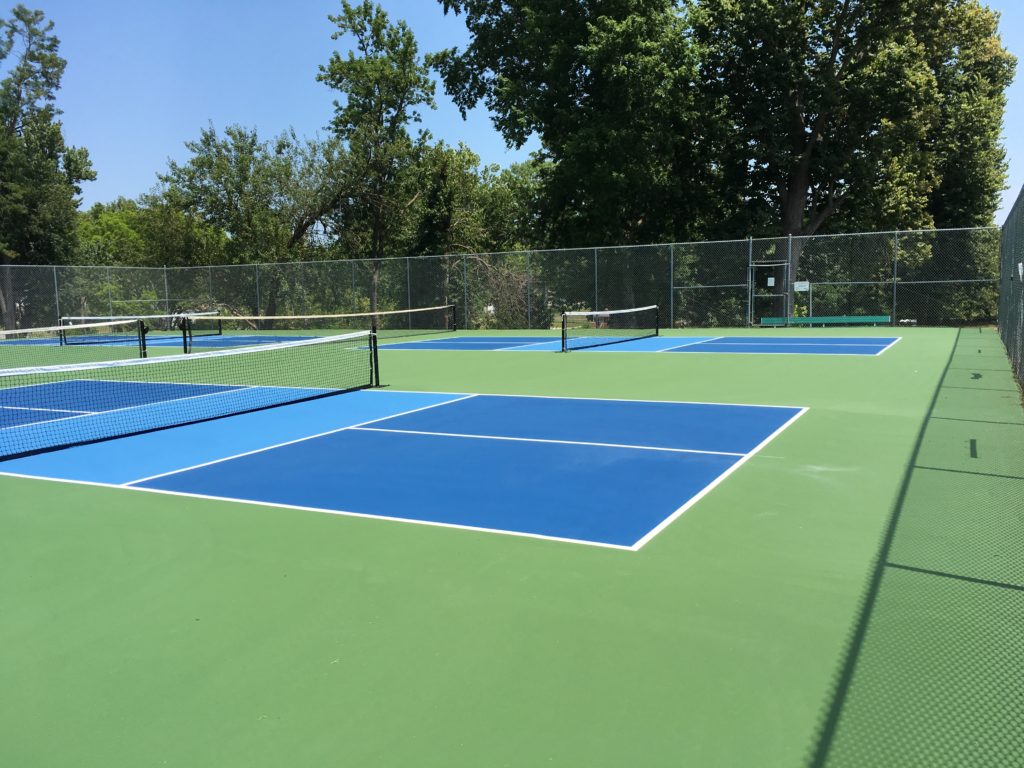 Equipment is free of charge at concession building at the Batting Cage facility, Moorman Park.

A paddle sport created for all ages and skill levels. The rules are simple and the game is easy for beginners to learn, but can develop into a quick, fast-paced, competitive game for experienced players.

1.  A fun sport that combines many elements of tennis, badminton and ping-pong.

2.  Played both indoors or outdoors on a badminton-sized court and a slightly modified tennis net.

3.  Played with a paddle and a plastic ball.

A Game for Everyone

The USAPA currently estimates there are now over 3,000,000 players actively playing pickleball.

· Pickleball facilities are located in all 50 states.

· Many kids and teenagers play it in physical education classes in middle and high schools.

· Seniors enjoy the social aspects and the ability to stay active in towns and retirement communities.

· Tennis, racquetball and ping pong players love the competitive nature of the sport and regularly participate in competitive tournaments.

Pickleball was invented in 1965 on Bainbridge Island, a short ferry ride from Seattle, WA. Three dads – Joel Pritchard, Bill Bell, and Barney McCallum -whose kids were bored with their usual summertime activities are credited for creating game. Pickleball has evolved from original hand made equipment and simple rules into a popular sport throughout the US and Canada. The game is growing internationally as well with many European and Asian countries adding courts. Complete History of the Game.

A pickleball court is the same size as a doubles badminton court and measures 20×44 feet. In pickleball, the same court is used for both singles and doubles play. The net height is 36 inches at the sidelines and 34 inches in the middle. The court is striped similar to a tennis court with right and left service courts and a 7-foot non-volley zone in front of the net (referred to as the “kitchen”). Courts can be constructed specifically for pickleball or they can be converted using existing tennis or badminton courts.

When playing pickleball, each player will need a pickleball paddle, which is smaller than a tennis racquet but larger than a ping-pong paddle. Originally, paddles were made only from wood, however today’s paddles have evolved dramatically and are primarily made of lightweight composite materials,including aluminum and graphite. Players will also need a net and a pickleball. The ball itself is unique, with holes through it like a wiffleball and there are different ball models intended for indoor and outdoor play. The ball travels at 1/3 the speed of a tennis ball and is usually white or yellow in color. New bright color balls are also gaining in popularity.

Pickleball Rules Summary — A general overview of the rules of the game.